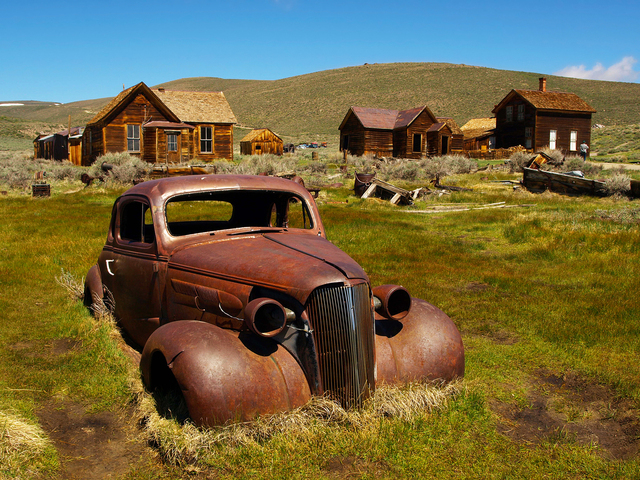 Why no one uses the Intranet anymore?

First, this is not one of those “intranet is dead” articles; it would be rather weird if I was saying such – seeing as I do work for an intranet software company.

On the contrary this is about an age long issue that has plagued intranet administrators.

Why does no one visit the intranet portal?

To be fair, intranet software vendors like us have tried, for many years, to fix the intranet adoption problem.

First we added some social features, and called it Intranet 2.0.

That did have some desired effect, so we added even more social features, and called it Enterprise Social Network.

Okay, we figured we went too far with that one and dialled it down a little, this time around, calling it the Social Intranet. But none of these have worked in the long term!, intranets still have poor adoption.

Then why do we still keep selling “more social features”?

Well, I think it’s because it just seems intuitive. I mean, if you have people not using the intranet, then making it more social seems like the logical course of action. More social = more people.

But we overlooked a certain fact; technology does not make people social.

Think about it, we have more social tools now than ever, but we are a less social (and less friendly I might add) society – more on this another day.

However, when we apply this to the corporate environment, it offers us a clue as to why the “Social Intranet” has failed to improve intranet adoption. Technology does not have the power to CHANGE a corporate culture, it can only drive or empower it.

If we agree that making the intranet more social hasn’t worked in the past, and is unlikely to ever work; then what do we do? Do we just agree that the intranet is dead?

Well, like most things, the solution lies with going back to the basics. We need to ask, how did the intranet come about? What was the intranet’s original purpose?

In the early 90s, the popularity of the World Wide Web helped to drive the eventual dominance of the Internet Protocol (IP) stack over other proprietary networking protocols, so both the Internet and private computer networks ended up using the same basic technologies for connecting systems and computers together.

This was important, with a common network protocol, it would be easier to build and deploy distributed systems. Not long after, in 1996, “Intranet Genie”, believed to be the first intranet product, was launched. And not long after that, Netscape, then a major player, outlined what an intranet should be.

As you might observe, this list seems like a list of work support tools i.e. tools to make businesses more efficient and save cost. Which means the original intranet was about getting work done, not about being more social – there were office parties for those.

The first Intranet was about getting work done, not about being social. There were office parties for that.

Look through a typical intranet vendor’s feature page, and you would find features mimicking aspects of these social tools. But think about it, “Why would I want to post a picture or video to our corporate intranet [when I can do that on Facebook]? ”

But the conversation around “social” should never have happened (or even if it did, should never had misled us) if we had stuck to the intranet’s original purpose, which is about making work more efficient- i.e. faster!

At Precurio, we have gone back to this original mission, making sure intranet software is about being getting more work done, that is, being super productive!

One of the many ways we have achieved this, is by making sure the intranet integrates into your work process. Using our process management tool, you are able to turn some simple manual processes (such as applying for a leave) into digital automated ones.

But the real win is Precurio provides you with not just a software, but a platform on which you can build simple business apps to support some business functions. Precurio, built with PHP, has its source available for you to customize and modify as you wish.

And as a final bonus, you are able to have your intranet portal in whatever design you want. You don’t have to be stuck to a specific design or template. With Precurio, your intranet could look your website, or even better!

You can learn more about Precurio by visiting the website. And remember, when an intranet is integrated into how people work, then adoption is only natural.